Tonight we hosted a bridal shower for the bride-to be, Jen. The wedding day is coming up in just 2 weeks and it is so fun to be a part of the festivities. It has been 7 years since I was in the midst of bridal showers, dress fittings and such... and all I can say is that it goes so quick. Watching Jen go through all of the "wedding protocol" makes me think of how much... things have changed, how much... I have changed and how much fun that time of life was. 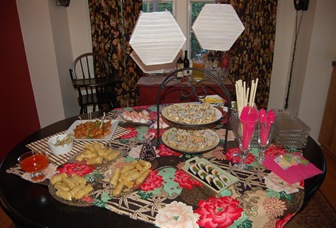 We had an Asian twist to our shower.... 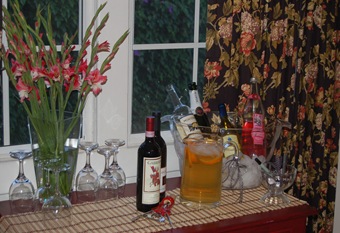 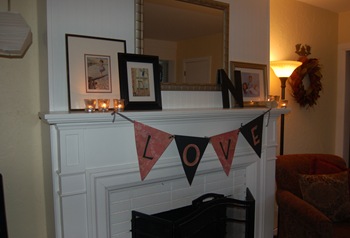 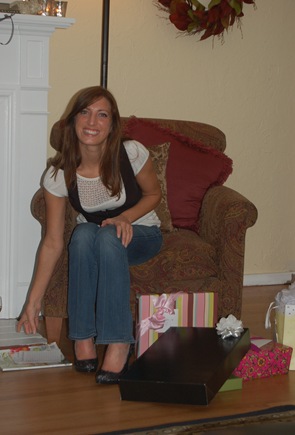 The lovely bride about to open gifts.:)

And some of us girls with Jen (in the middle). 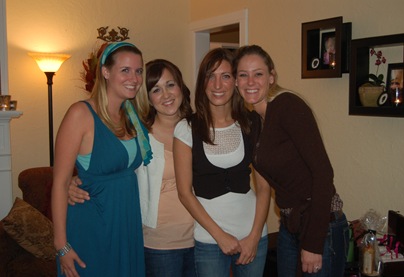 So while we were having a pleasant time at the SHOWER back home, Josh was on STORM watch. About 30 seconds before guests began to arrive Josh was outside with Anna doing some random clean up of our yard. Anna, being..... well Anna..... was walking around finding things to get into. Long story short she managed to pull a iron plant stand down on her head and gave herself a good gash on the noggin. Josh very calmly came into the house and said.....

Then I walked around the corner into the kitchen to see what looked like a LARGE amount of blood going down the back of Anna's blonde head and down her back and onto the floor.

Trying not to panic. We debated on what to do. The bleeding actually stopped quickly. (Just as the guests arrived.) After discussion and a little bit of waiting it out, Daddy took Anna to CHOC, where she received one nice sized STAPLE on her head! OUCH! 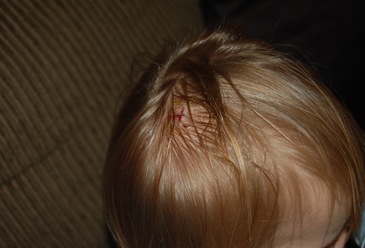 Both of the girls have had a SERIOUS stomach bug this week and on Sunday night we had to take Anna to the ER for dehydration for which they had to put her on an IV. So needless to say this week has seemed somewhat like a storm.

But even after all of this Anna was still full of smiles when she got home tonight. Part of me was glad that I didn't have to see her get a staple put in, the other part of me couldn't sit still all night as I thought of my baby at the hospital without me there to take care of her. However, at the end of the night all is well and we are only slightly bruised and thoroughly exhausted.

Just one of those weeks I guess. Jen's shower was the highlight of the week and in the midst of taking care of sick babies it was NICE to have something to distract me in those "WHY ME!?" moments! :) 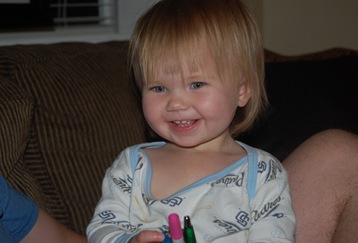 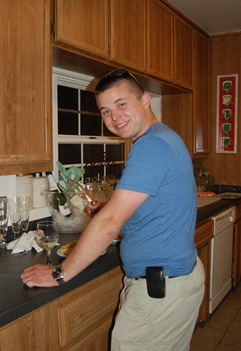 I had to put in a picture of Josh. He handled everything like a pro. I am so thankful that I have a husband who can jump into action. He makes everything seem ok.... even during the "storms."

Here he is diving into the  yummy left overs from the shower after a night at the ER. Nothing like sushi and egg rolls to de-stress. ;)