Yesterday we gathered with a portion of the Nelson clan to surprise Josh’s grandma Nelson. She is turning 90 this summer and since she is currently visiting from Minnesota it only seemed appropriate to kick off the celebrations a couple months early.

Josh’s sister and brother-in-law have a beautiful home and graciously allowed us all to invade. 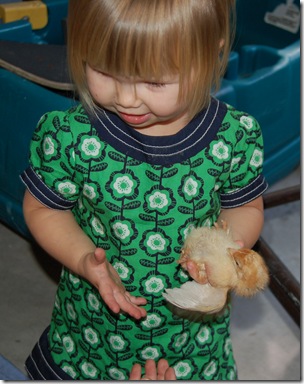 This is Anna holding a baby chick (belongs to the Hoffs). Anna still needs to work on her manner of approach and holding technique but she can proudly say she is NOT afraid of animals. Poor bird. At one point Anna got into an “almost-tug-a-war” with a cousin over the bird and I had awful visions of what could possibly happen. (Gruesome)

Thankfully we left the Hoff home not having killed any innocent animals.(At least that we know of.) 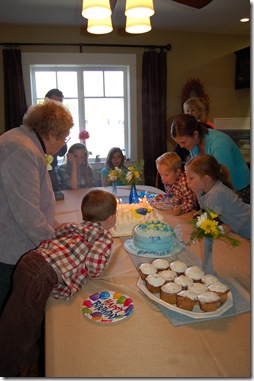 Here is Berdine (Josh’s Grandma) blowing out her candles, with a little help. 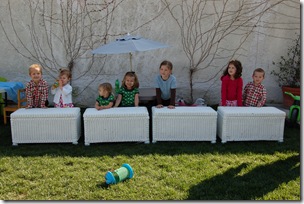 Getting ready to release 90 “doves”. 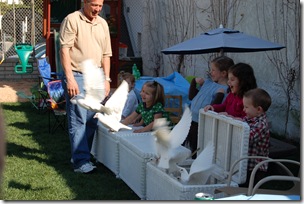 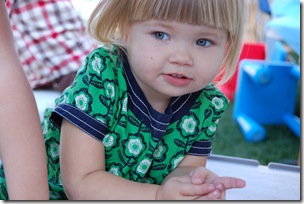 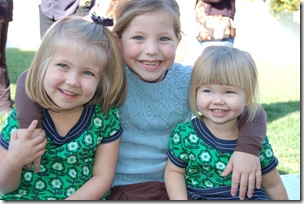 The girls with their cousin Annika. 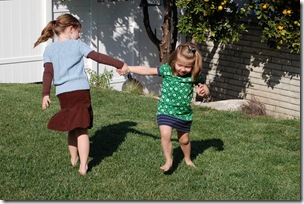 The girls have such fun playing together. 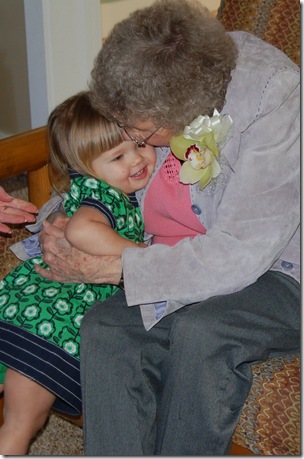 Anna and the birthday girl. I think this picture is going in the baby book. 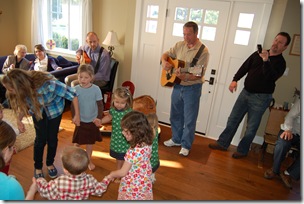 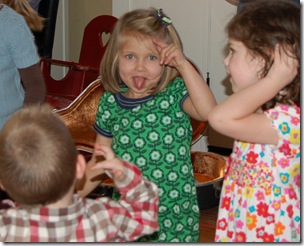 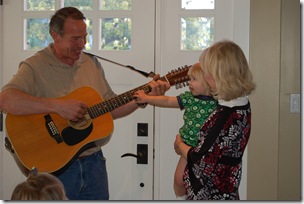 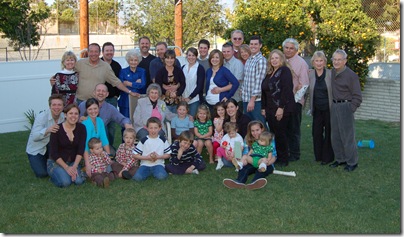 All of the Nelsons that were there. Believe it or not there are still about 20 members  who couldn’t be with us. And it just keeps growing. 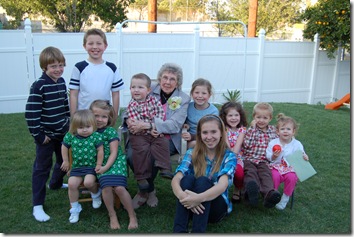 Here is Berdine with her great grandkids.

Such a fun day. God is faithful. God is good. And we are blessed.