Day 8 seemed like a very long day of driving. That was probably due to the fact that we made two rather lengthy stops. First stop was…. Bear Country U.S.A. This place is outside of Rushmore and it is pretty crazy. Let’s just say it isn’t San Diego Zoo. It is a drive- through animal park and you are literally only separated from bears by the windows of a minivan. 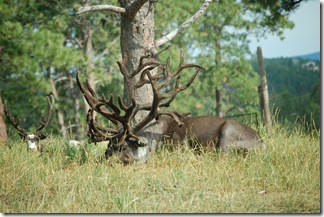 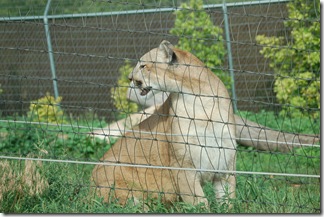 This bear below was quite nosey. He at one point had us at a stand still as he (with paws on the hood of our car) was licking off the bugs on our grill. We were a little nervous….. 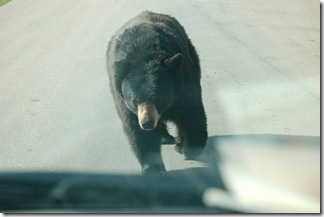 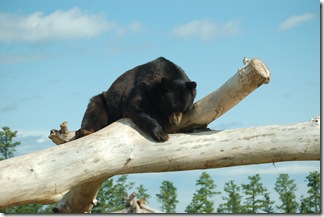 Once you drive through they have a walk through portion, with the main attraction being the bear cub exhibit. There were probably 30 bear cubs all playing and wrestling. Each hour they hold a raffle to play with the bear cubs ( told you….. NO San Diego Zoo). Josh was convinced that the odds were in his favor, so we waited an extra half hour so he could have his chance at  a once in a lifetime experience. Alas, some very eager lady redeemed the prize. Poor Josh…… :( 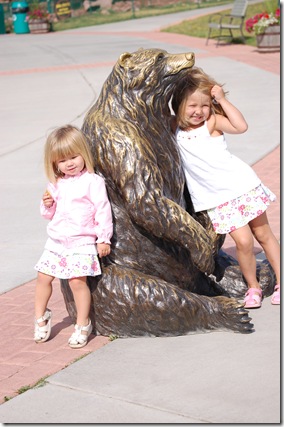 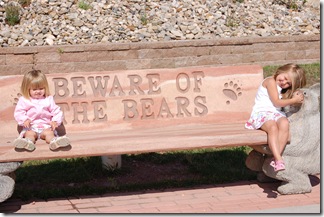 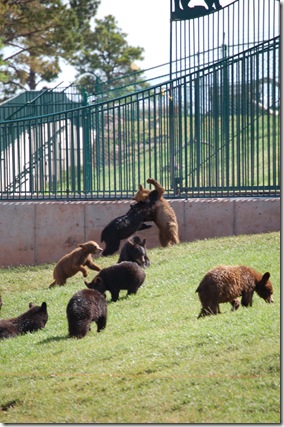 Our next stop was the famous Wall Drug. “Free Ice Water” anyone? We ate lunch and took pictures with all the different props. 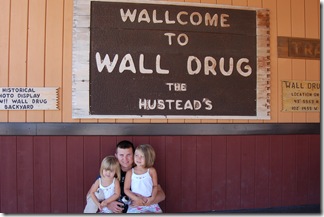 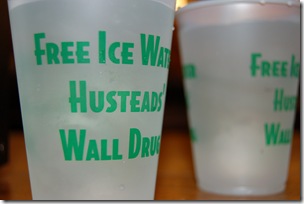 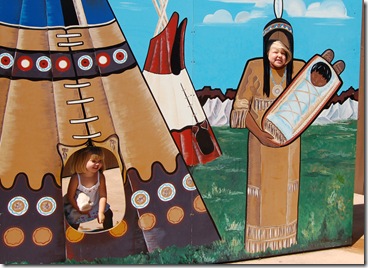 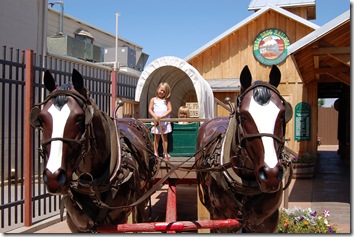 The girls favorite thing was the “mine” they had at Wall. They have little mines that they have made ( much like a stage prop). You pay $8 for a family and you get to go in a dark room ( with dripping water sound effects) and hunt for treasures. The girls thought this was the coolest thing ever! Basically we paid 8 bucks to go look for rocks in the dark, but hey they LOVED it. :) 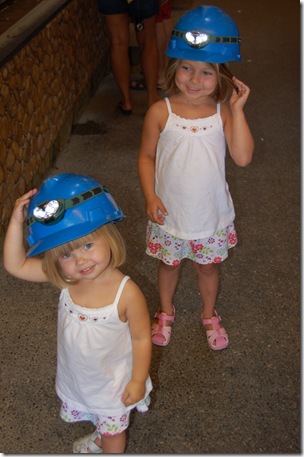 At the end of the day we ended up in Sioux Falls, SD at a hotel with a water park inside. The girls swam til’ they couldn’t swim anymore. Mommy was in the room enjoying some rest so we didn’t get any pictures of the water play. :( You’ll have to take my word for it. They enjoyed it. ;)