The homeschooling program we are a part of allows us to take part in some really fun field trips. This past Friday the girls and I packed up our snacks ( a crucial part of any Nelson day trip) and headed out towards Temecula way.

Our first stop was the Temecula Children's Museum. Our school sponsored portion of the day was not  scheduled to start until 1:30 so I thought it would be the best use of our time to make a full day out it. And boy was it a full day!!!

This was our first visit to the Temecula Children’s Museum, otherwise known as “Professor Pennypickle’s House.” His house would indicate that he is somewhat of a crazy guy and the NUMBER ONE comment of the day from my girls (who said this over and over) was….” HE REALLY NEEDS TO CLEAN HIS BATHROOM!!!!” His “bathroom” was not a normal bathroom, flushing the toilet turned lights on, the sink was a bubble experiment. And they also had the entire house decorated with spider webs, spiders, bats and rats for Halloween(which didn’t help their perceptions.) So, don’t worry the actual museum "facilities” were quite clean and up to standards. 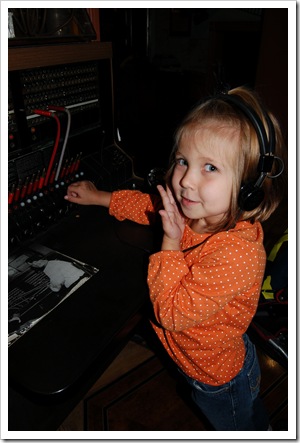 Here is Bekah at the switchboard, Thanks to her mother’s fond affection for Turner Classic Movies, she knew exactly what this was.  Who says you can’t learn anything from TV? 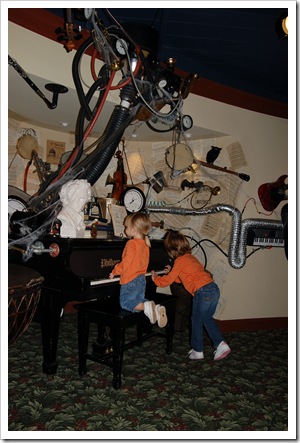 Playing with the Professor’s orchestra of instruments. Each piano key played a different instrument throughout the room. 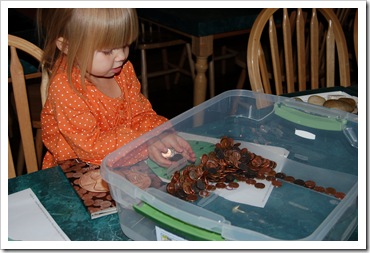 And  here is Anna with her favorite thing of the day. Anna has a “thing” for lose change. I pretty much find a nickel, penny  dime, peso or even Philippine coins (it is true) in every one of her pockets when doing laundry. So when one of the “hands on items” was a bucket of pennies, she was in heaven!!!!!

The museum was a fun stop. To be honest  I think my girls would have enjoyed it a little more if they were a year or two older. They have several scavenger hunts and experiments for the older kids to do and a lot of the stuff was a little over my kids heads but still, they had a blast pushing buttons, climbing through tunnels and looking for all the “pennies and pickles.” A fun stop if you are out in the area.

So after our morning at the museum and a lunch at McDonalds….. we ventured out to Winchester, home of the Winchester Cheese Company. 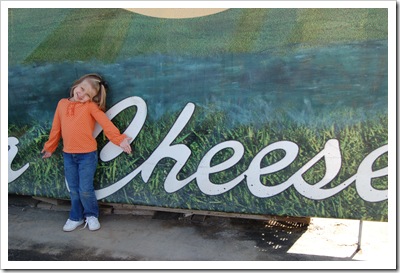 This is a working cheese factory and has in the past been a working dairy too. Due to the recent economic decline they are having to purchase their milk from other dairy’s and the cows have been relocated, but with the cows away we were able to go in some places of the factory we wouldn’t have before and as someone with a heightened sense of smell right now, I was especially appreciative of their absence. The cheese in-and-of-itself was enough of an odor to almost send me running, not to mention there were plenty of cow “left overs.” 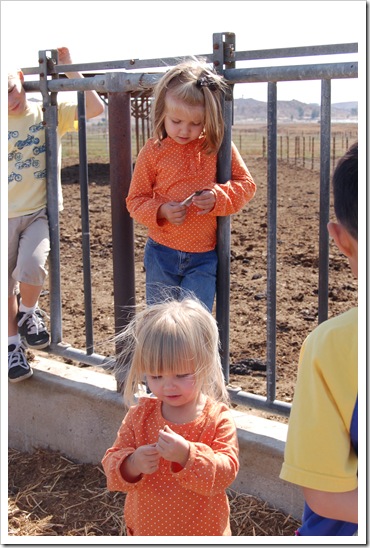 Here they are out in the cow pasture and getting ready to go see THE cheese! 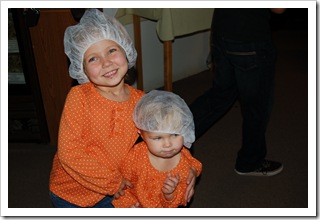 Our tour group in the “drying room”….. 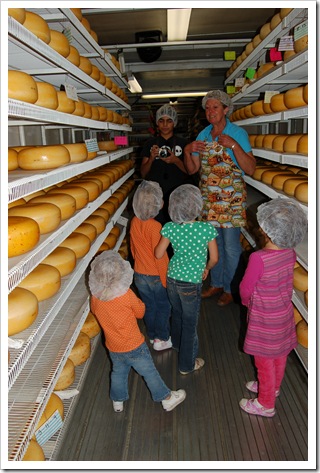 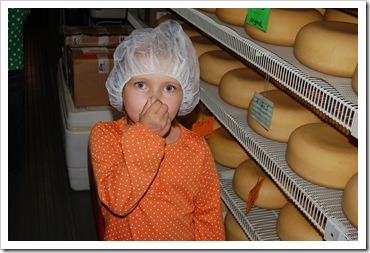 and Anna wasn’t much different. 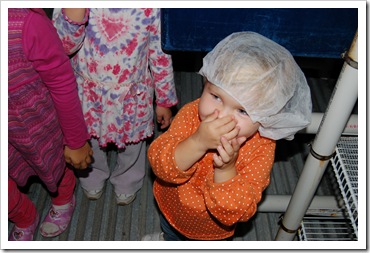 All the cheese made by the Winchester Cheese Company is made by hand using methods that are hundreds of years old. 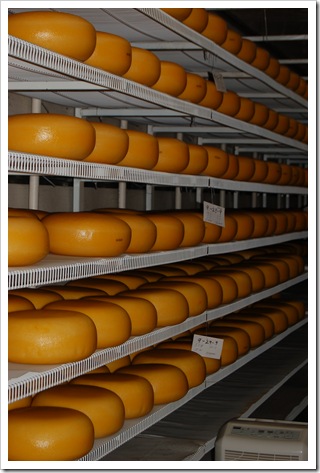 And the grand finale was “Dutch Windmill Cookies” and a little cheese sampling. Did I mention that the current owners are first generation Americans coming from a long line of Dutch dairymen? 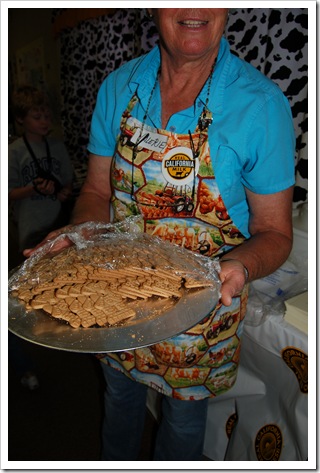 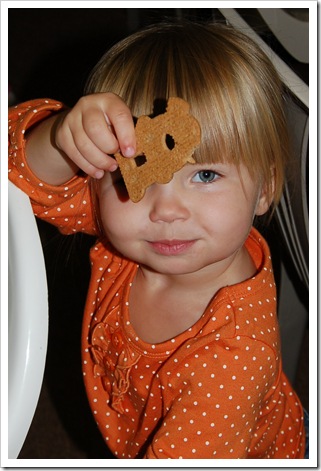 It was a fun day out in Temecula. The 3 hour drive home was almost enough to drive me slightly batty…. but the girls were able to get in a nap and when asked about their day they both were very impressed by all the pennies, pickles and of course, the……CHEESE!