T’was a busy day before Christmas…

…brunch at “Goofy’s Kitchen” at the Disneyland Hotel with friends.

The girls in their new American Girl outfits and with their matching dolls. 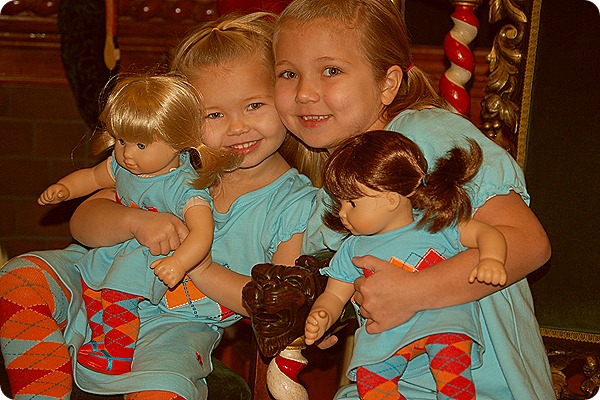 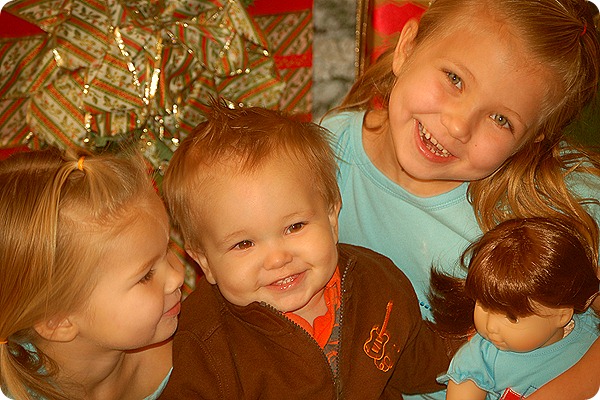 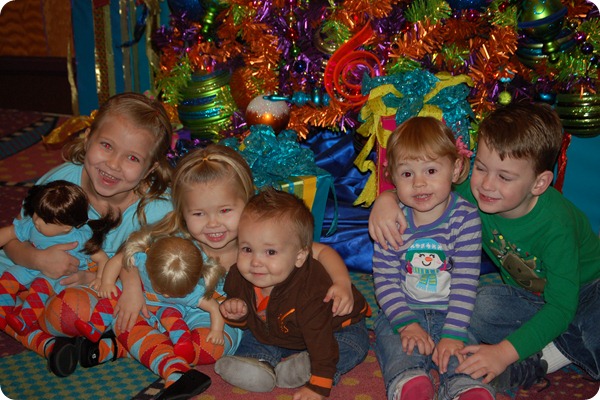 Rebekah was thrilled with all the characters! She was smiling ear to ear and eager to dance with and hug each Disney “friend” that came by. 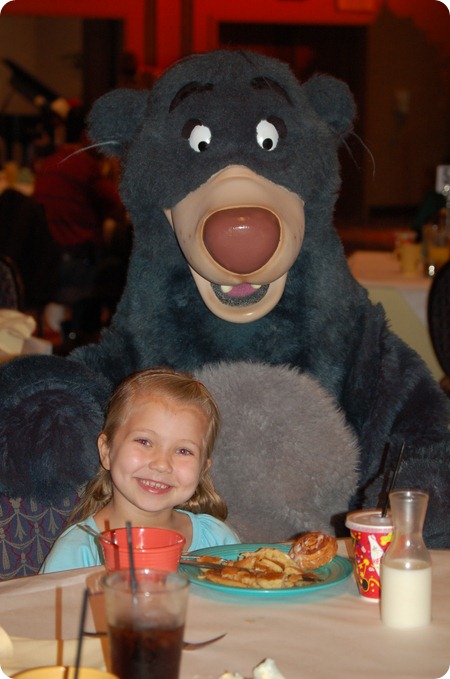 Micah was intrigued…. he was not shy with Pluto. 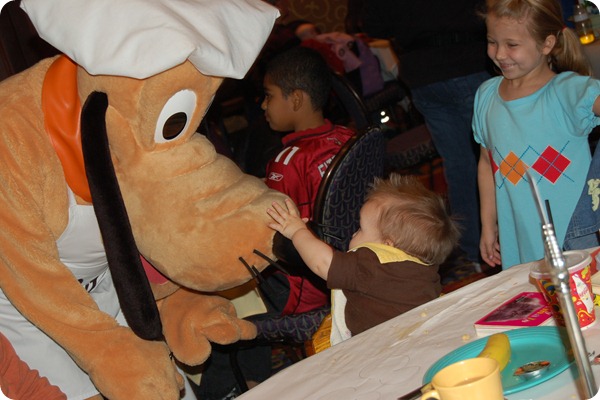 Anna, however, is a totally different story. She spent a good portion of breakfast under the table with a bowl of fruit loops and a cup of dirt cake.

She wanted NOTHING…. NOTHING to do with any character…. with one exception…. 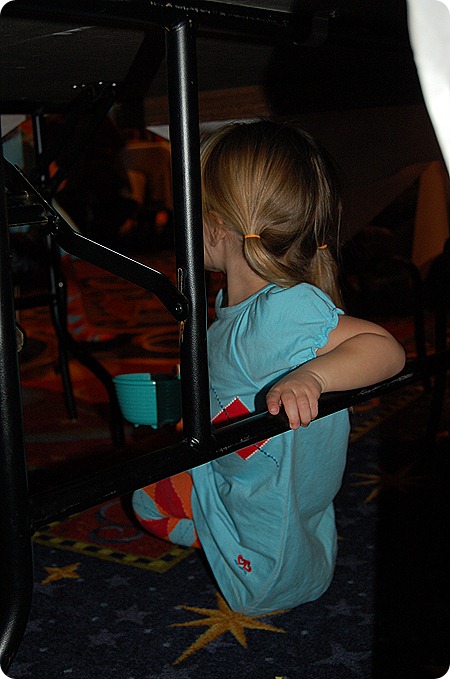 She was very excited to meet a princess!! 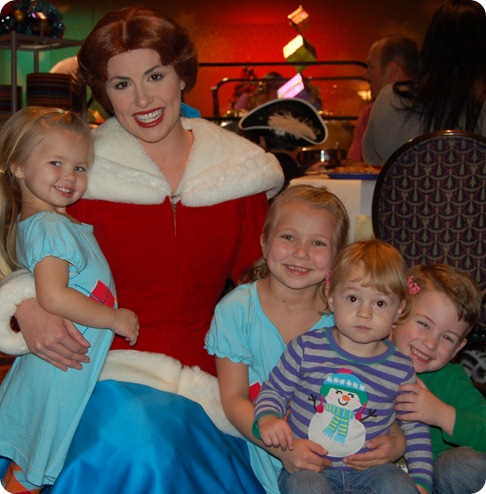 Micah was pretty smitten too…. and gave her plenty of smiles. 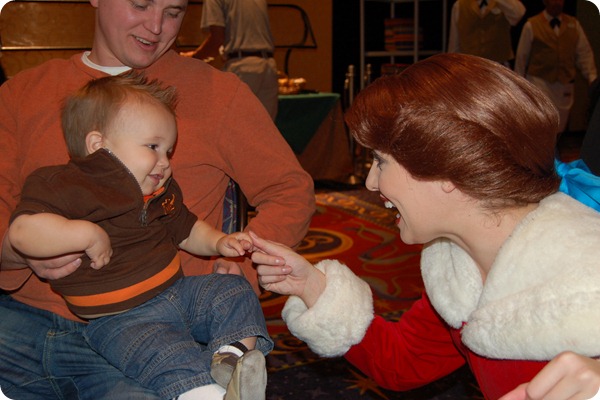 Next we had a quick photo session with Mr. Goyer.

So the Nelson Christmas card is coming out… don’t fear. (I know you were really worried

We are just a tad late. 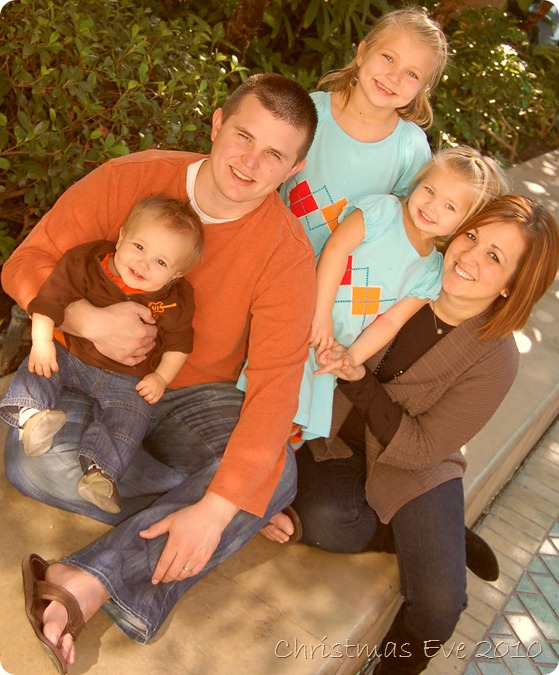 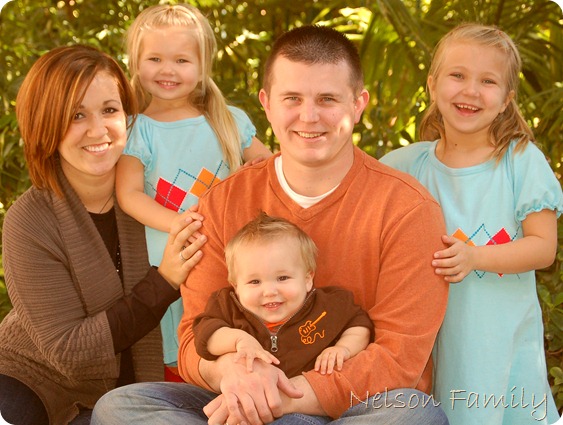 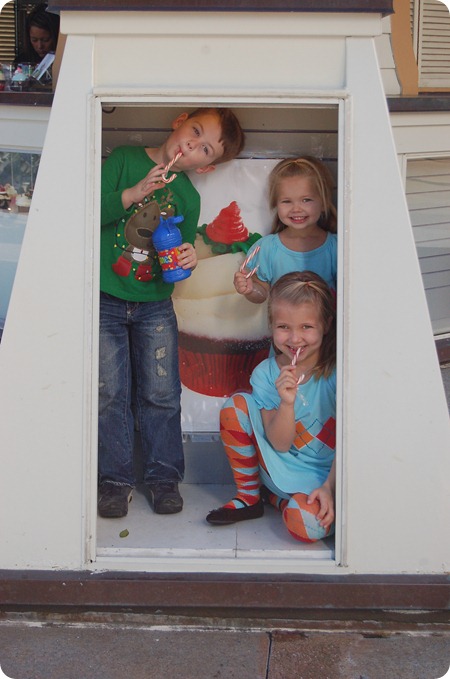 So after brunch we came home and made some final preparations for Christmas day, and then it was time to go to the Christmas Eve service at church.

So the kids were dressed “to impress” and we were heading out the door. And then…. I had the BRILLIANT idea to get a quick picture of the kids in their Christmas clothes…. well the picture below shows you how that turned out… 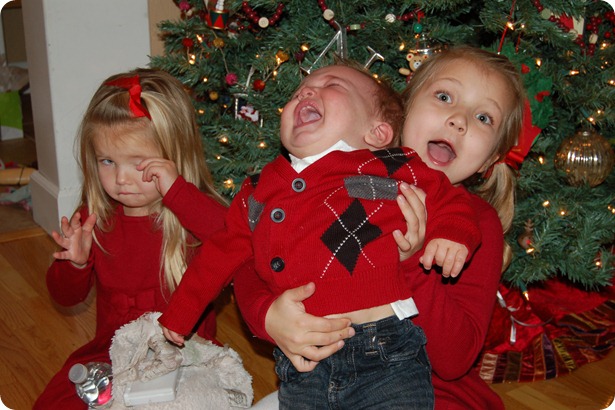 yep! Not exactly sugar and smiles.

So we went to church without fulfilling my Christmas picture hopes.

The service was beautiful, as always. 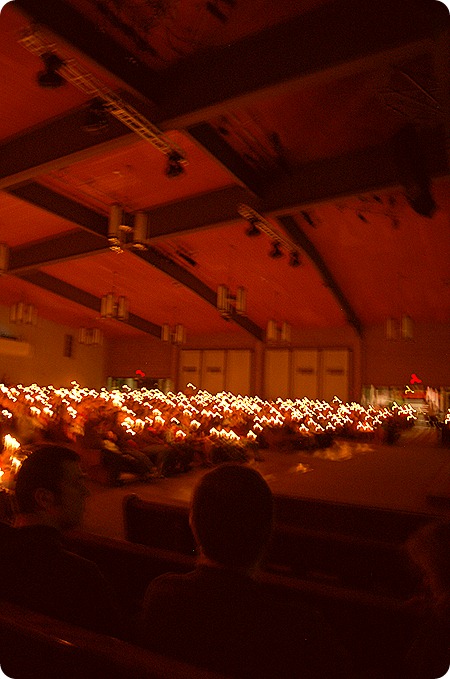 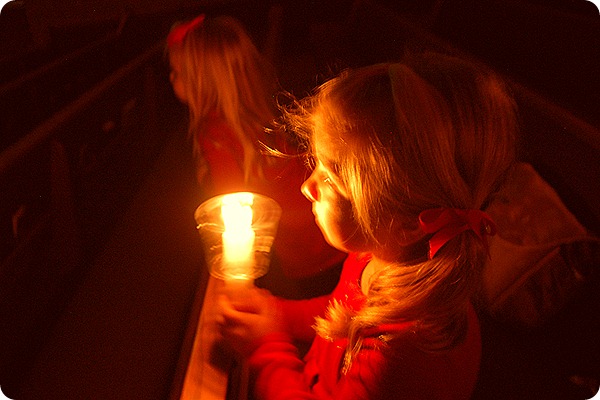 Then we went to my parents…

and tried for another photo op….

we were a tad more successful this time around. 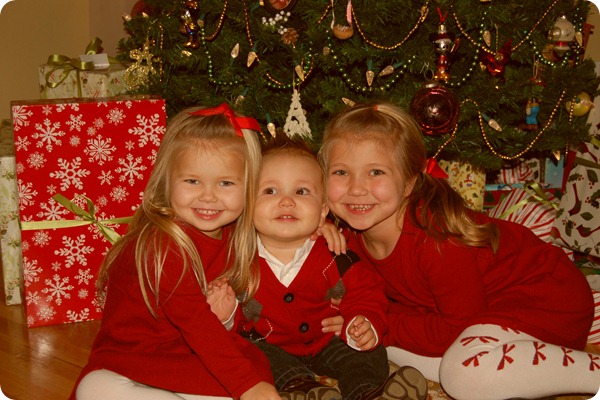 Then the kids opened their traditional gift of new jammies…. we took a couple more pictures, had some yummy eats…. and headed home. 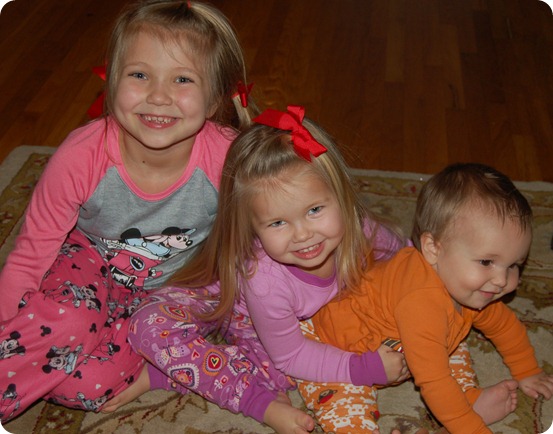 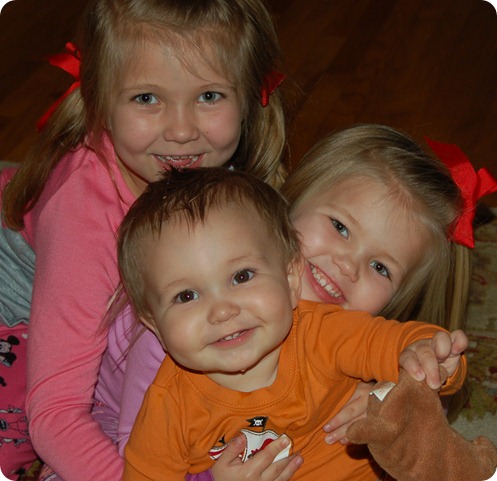 And finally with the kids snuggled sweetly in their beds…. Santa Daddy and Santa Mommy went to work… makin the magic happen. 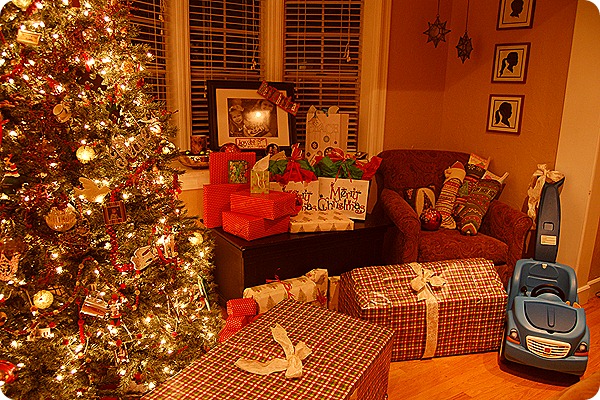 And then at one point somewhere after 12:01 on Christmas morning… we were both VERY much asleep! This Santa business is WORK!