One of the Christmas presents we received from my parents was tickets for…..

(click above to see a glimpse of the show)

Right now it is in Orange County so we met my parents at South Coast Plaza ,across the street, and dropped off  Mr. Micah with them for a couple hours while the four of us went…. flying!

This production was AMAZING! It is in a circular tent  and basically the walls of the tent are a large screen that act as the back drop of the play. When the characters are flying above London, it felt like we were too. When they were swimming with mermaids, we were too. When the pirates fired a cannon… well, put it this way….. we ducked!

It was so cool! Both of the girls sat in awe the entire show. We had, I am convinced, the BEST seats in the house… it was AMAZING!

(can you tell I was impressed?) 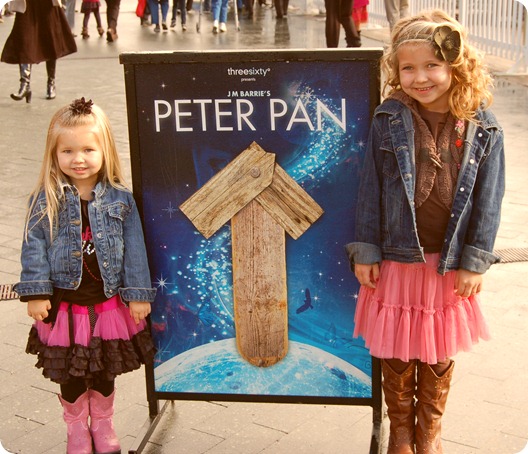 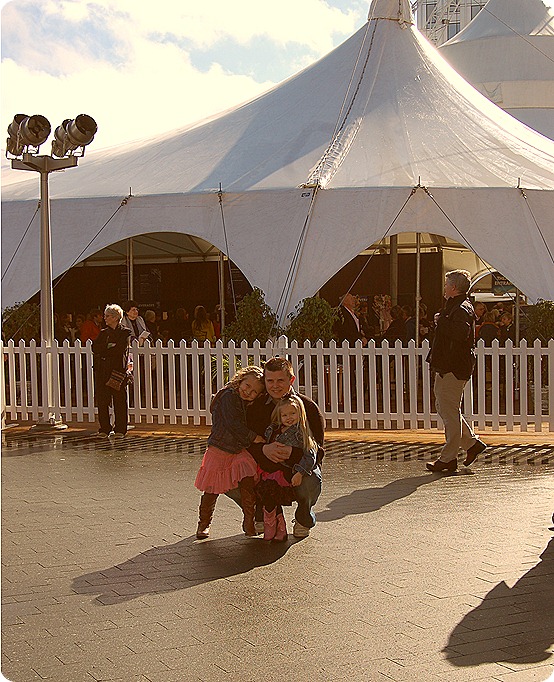 below are pictures we took before we were swiftly (yet politely) told to NOT take pictures! 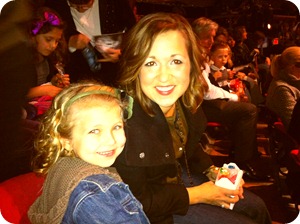 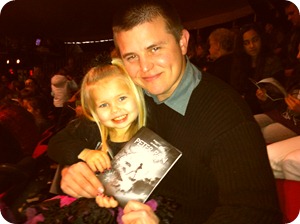 This is after the show… they were running so fast I didn’t have time to focus the camera.

They were hyped up! 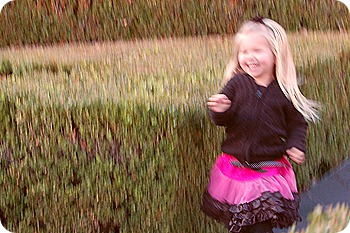 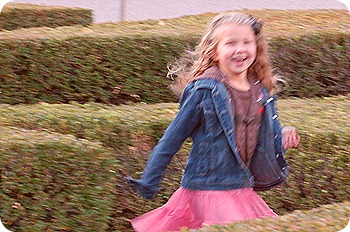 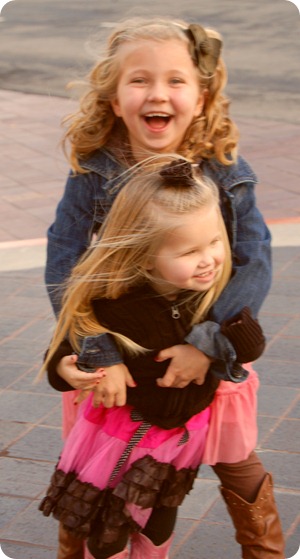 After the show we met my parents and aunt for dinner at Maggianos for some very tasty Italian food. Have you tried their stuffed mushrooms? MAMA MIA!!!

Micah enjoyed the noodles and conked out mid-meal. He was EXTREMELY tired! But from what I understand, he was angelic while with grandpa and grandma! That’s my guy! 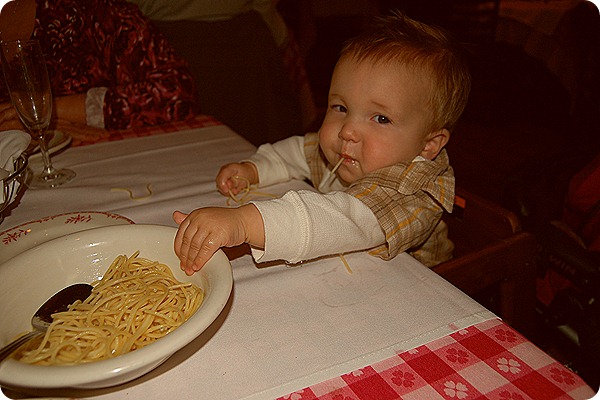 After dinner we had a little post-Christmas shopping to do and so we went over to South Coast. We had not been there in forever, it seemed. Although, it actually doesn’t seem  like it was over 8 years ago that I used to work there and when we would spend quite a bit of our free time there…. uhhhummm…..

Anyways … I took this picture (below) with my phone. We went in to Gap Kids and this jacket is what Bekah set her sights on for spending some of her money. She is becoming more and more the fashion conscience girl, even choosing this when her sister chose a princess doll at the Disney Store. And talk about score… the original price on this jacket was $80 and we got it for $18! We walked out of the store and she immediately put it on and proceeded to walk with a swing in her step and was VERY proud of her purchase! I am just praying for some cold weather so that she gets to actually wear it. 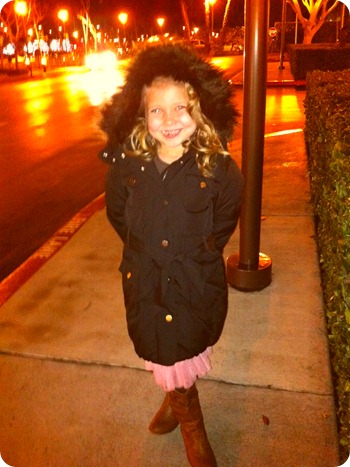 So that was our day!

Fun, to say the least! What a great Christmas present Grandpa and Grandma!

A memory we will have forever!

p.s. Rebekah, of course, wants to grow up to “BE IN THAT show!” and Anna was slightly disappointed that “You know what!?!?!Tinkerbelle was just a big people!” (She was expecting an actual fairy.)

(quotes in their own words.)